I’m heading into my third week at USC, and as the youngest in the program, I’m just now shaking off my quixotic vision of my future as a writer. Grad school is going to be tough. Picture this: working a full-time job. Then add coursework. Tutoring as well. Oh, also, you’d like to dedicate hours a day to your writing. (If you didn’t catch the parallel: that’s my life.)

Who knows how I’ll juggle it. But I will. And I *hopefully* won’t forget that these three years are nothing short of a privilege.

Columbia, as a city, has yet to capture my heart. It’s hot. Oh, it’s hot. And because Columbia is the state capital, it’s had years and years to expand and seep into the area surrounding the city. Concrete sprawls everywhere, holding the vicious heat in like an oven. The streets are disjointed and sporadic; I’ve lost my confidence in my own navigation abilities. And parking at USC is terrible. Ask anyone. Faculty, in particular, love to tell you how terrible parking is.

Minor complaints aside, I’m eager for these next three years. I chose the University of South Carolina because, when I visited back during my months of decision-making, I was struck by the sense of community within the writer cohort. It wasn’t an illusion.

We’ve set out to be writers–the most difficult, taxing, perhaps ludicrous, maybe worthy thing that we could purpose to do. Without a community who has committed to the same level of insanity, I venture that we’d be lost. I’m already infatuated with the Carolina creative writers and the family that they form. They’re a fascinating, inspiring, talented group. And I’ve somehow fooled them into pulling me into their circle.

At USC, not only are English grad students on the same academic team–faculty, too, are dedicated to our professionalization and general growth. “We’re not in the undergraduate business of making it difficult for you to get a degree,” one prof said. “We think of you as future academic peers, and we’re going to work alongside you to help you achieve that.”

USC is among the top 25 Creative Writing programs, but, to be sure, it isn’t Iowa or Michener. That said, I’d personally award bonus ranking points to the program because it is, in the true sense of the word, collegial. A harmonious, united, reciprocal collective. That’s a quality difficult for Poets and Writers to rank, but one that should be at the forefront of MFA program criterion.

This writing business–it isn’t done alone. I’m not the first to say so, and I won’t be the last.

Deciding where to study for an MFA is an overwhelming and complex decision. Somehow, I landed here, where I should be. My advice to those still in the process: find a student, or two, or four, within the programs to which you’re applying. Ask them about the environment in workshop. Ask them whether they get drinks with their cohort after class. Ask them if the program feels like home.

Here’s the truth: fiction’s a lie. Here’s the other truth: it’s never not true.

Successful fiction, at the core, illuminates something real about the human condition. I can’t pretend to be an expert, not yet, but I know that much. That’s why my writing is always character-driven. I was lucky enough to be raised in an overbearing, smothering, and immeasurably loving family that also happens to be huge (we just celebrated the birth of our 100th living member, from the grandparents down, and that’s just on my mother’s side). In short: I’ve always been surrounded by characters, and I’ve always been a student of characters. All of humanity is my subject of study.

My characters are, more often than not, inspired by real people. They’re not exact replicas (that would take away any level of creativity), but there is always a hint of truth in them. Take any of my stories and point to the protagonist, and I could identify the hint of reality in them. This hunter in this story has my father’s introspection; this child in this story has the quirk of the child I nanny; this grandfather in this story smells like my grandfather did.

I had the privilege of meeting and having dinner with E.J. Levy, author of “Love, in Theory.” Levy’s writing is nothing short of phenomenal; her characters are so precise, so human, so real. “Give your characters a real trait — make them look like someone you know, say something you’ve heard, do something you’ve seen — and they’ll become real to you,” she advised me, when I asked her for character-developing advice. (That’s paraphrasing. I can’t remember her exact words. A brief example of reality twisted into fictional truth.)

So this, I suppose, is a warning to everyone I interact with: you, or something about you, could become a character.

The first story that I ever wrote came more easily than any story has ever come. I sat at a coffee shop, decided to write in second person, and was finished within three hours. It’s unfair, really, that I began writing thinking it’d be so effortless. This story flowed because it was rooted in reality: the mother in this story is afraid of what, in my observation, my own mother is afraid of. I think the character developed easily because she, at her core, wasn’t fiction at all.

Mom: this mother is not you. Know that. She only shares a fear, but fears are such magnifiers of character that she feels like a biography.

How to Raise Her

When she eats her strawberry Pop-Tarts and scrambled eggs on her first day of high school, your daughter will look like you did at her age: untamable hair, nearly sweating out naïve excitement and nervousness. She’ll be prettier and more intelligent, though.

Do not cry when you drop her off at the brick building that will shape her for the next four years. Don’t envy the walls that will see more of her than you will. And don’t ask her to pose for a picture. Make a mental recording of her “You too, Mom” when you tell her you love her.

Take her side when her father questions her modified wardrobe choices. Her short shorts will remind you of Jersey Shore, too, but know that you have to pick your battles. Stay her friend for as long as possible. Explain to your husband that styles are changing.  Take her shopping at Kohl’s, where shorts are slightly longer. When she complains that Kohl’s is for old ladies, claim that you just have to use up your coupons.

While you’re at the bank, you may see a flyer from Patty’s Pottery Place advertising classes for middle-aged women. You have a high schooler. You’re middle-aged. You might take a phone number tag without really knowing why.

Watch her interact with her friends when you drop snickerdoodles off at her Homecoming pep rally. Don’t be alarmed if you cannot keep up with the dialogue speed that rivals infomercial health disclaimers.  Remind yourself that teens have to find who they are for themselves when you note that her sentences lack substance. As long as she continues to stay up late with a flashlight and a worn Charlotte Bronte paperback, know that she is still the bright girl you taught to read, curled up on her bedspread, sounding out Dr. Seuss and Franklin the Turtle.

Call Patty’s Pottery Place.  Your daughter is a young adult and needs less of your taxi service now that she has friends with cars.  And she’s long outgrown your sandwich lunches with the notes scrawled on the napkins. Try this new thing.  You liked art before becoming a parent and having your world suddenly orbit around a tiny genetic combination of you and your husband.

Her grades may slip more than you would like.  It is your job to monitor this.

Your older sister’s unsolicited advice will be practical, as usual: “You have to teach her responsibility now, before it’s too late and her GPA hurts her college applications.  If I hadn’t pushed Jack, who knows if he would have made it into Princeton?” Jack barely tolerates you, you think but don’t say.

Try to strike a balance between insisting on schoolwork and on being her friend.  You will suspect that her straight A’s set her apart in middle school and that she’s not eager to hold on to this distinction.

While at Target, you might find yourself filling your cart with a whole slew of movies in which the guy falls in love with the girl for what’s in her head, not just her face.  Beauty and the Beast, Juno, and You’ve Got Mail are a good place to start.

Welcome, welcome, welcome, to my official website! I’ve edited and designed countless blogs and domains in the past few years, but this is the first that is a) entirely mine and not corporately affiliated and b) not a _____.wordpress.com free site.

It’s about time I got official; now that I am resolute in my decision to pursue writing, I’ll need a personalized, professional, digital portfolio. It’s the 21st century, after all. Gotta get with the times.

This blog will, however, remain informal — per my usual blog tone. (In the Writing tab, I’ve provided links to former blogs or websites that I have written for or contributed to.)

Basic “about” information will be available on the About page. For now, I’ll just offer the short current events:

Since January, I’ve been working at an environmental education camp on the South Carolina. I’ve loved every minute of it, even the exhausting minutes, and I’m loathe to see this season end. 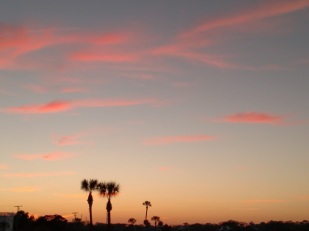 If you’d like a summary of my time at Saint Christopher, check out the most recent posts on my shared-with-boyfriend blog: “March updates,” “learning,” and “settling in.”

I have officially committed to the University of South Carolina’s graduate school. Come September, I will be pursuing my Master of Fine Arts in Creative Writing, Fiction.

This summer will take me back to Michigan, where I’ll be fitting in as much time as possible with family and friends. I’m also participating in a few weddings and attending quite a few others, so I’ll be busy with the marriage season.

That’s all for now; stay tuned as I live, write, explore, taste, and revel.